SOLD OUT: Drag Brunch with Ginger Alley & Her Girlfriends 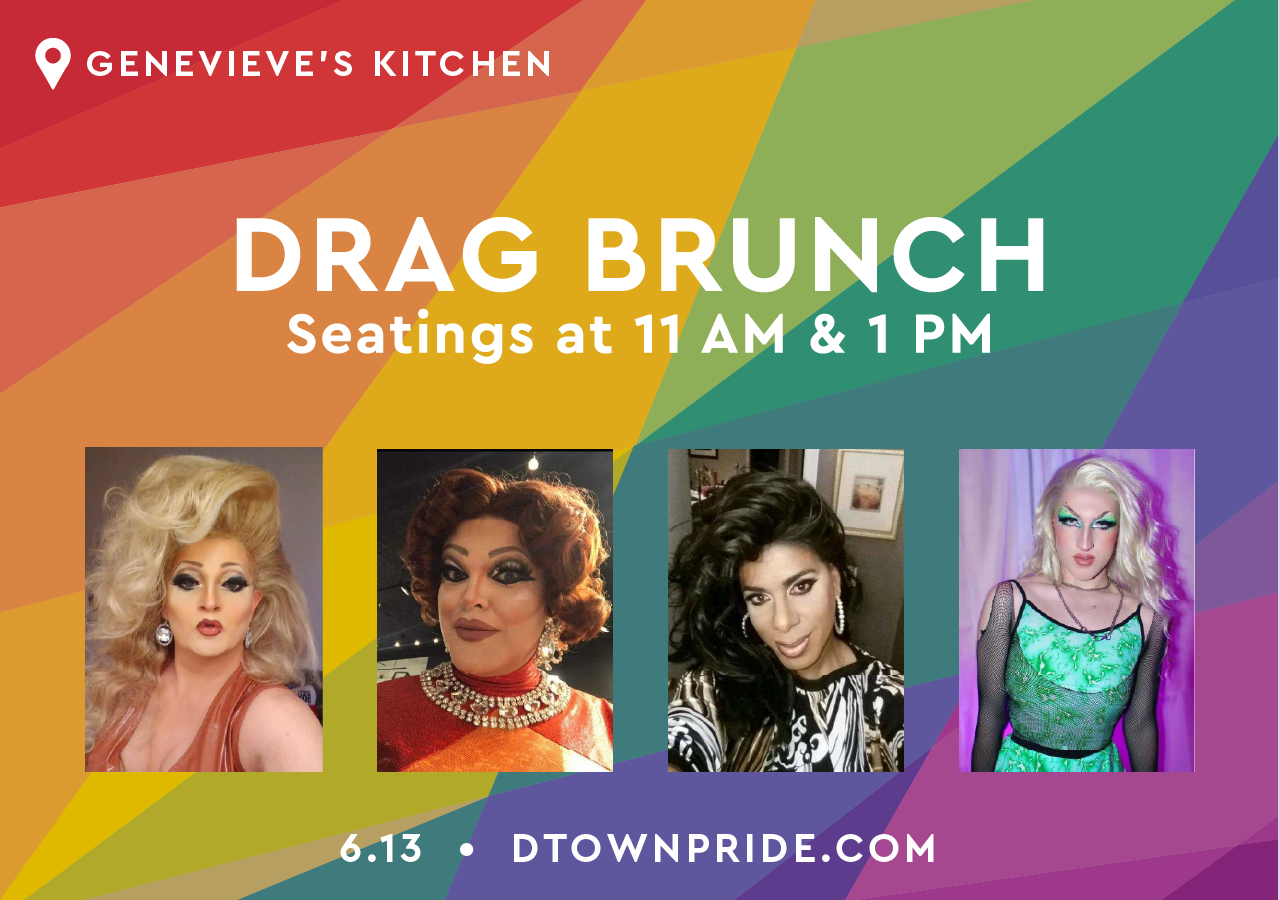 What Sunday isn't made better by mimosas and Drag Queens? Let's brunch it up! Join Ginger Alley and her girlfriends Eileen O'Brennan, Alexis Cartier, and Vicky Vibrato for a fabulous time!

Join us for a BYOB Prix Fixe Menu at Genevieve's Kitchen! There are two seatings available at 11 AM and 1 PM - reservations are officially sold out!

About Ginger:
Ginger Alley is a 6ft 3 inch, larger-than-life fashion humanitarian Diva Queen! Ginger has a preternatural understanding of style and concept of fashion. One cannot bound Ginger Alley with any one stylistic stereotypes. Ginger never fails to surprise and delight with her larger-than-life looks and her high standard of work.

She is a permanent cast member of the longest-running drag show at Bob and Barbara's Lounge in Philadelphia which has been running for 26 years. Ginger performed in many cities and states which gives her the abilities to grow within the LGBTQ establishments and PRIDE Organizations. She uses Drag shows to tie into the community as a GIVING BACK tool to help those in need or less fortunate. Having shows for food pantries to stock their shelves. Getting donations for Animal Alliance Pet Rescue and benefits for just causes. She's a pageant queen with many earned titles/crowns and uses her platform to elevate drag to another level. Ginger's work encapsulates the boundless nature of dragas, the seemingly simple act other man putting on a dress is transformed into a fine art.

Follow her career to experience her creative vision and the love that she passes on to others.